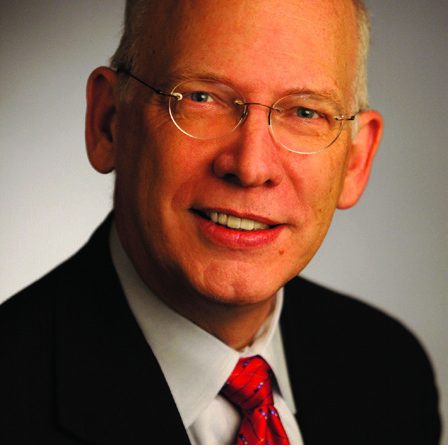 As I am writing this, most of the big banks have just reported the results of their stress tests conducted by the Federal Reserve. The tests are imposed by the regulators to determine if the banks can meet ongoing obligations during a major credit or liquidity crisis. The most serious scenarios used to test the banks are 13 percent unemployment, a 50 percent drop in the Dow Jones Industrial Average, and a 21 percent decline in residence values. Citigroup, SunTrust, MetLife, and Ally Financial were the four, out of 19, that failed the stress tests during March. But today, I want to address a different kind of stress test and no, it does not involve treadmills.

Many of you have at least seen The Number from your financial advisor or heard it advertised. You know The Number I am talking about; those seven or eight digits that traditional financial planning has said you need to have invested as you retire in order to have a withdrawal rate that replaces your current income. Actually, it’s more likely the number that the firm who advertises it wants you to have invested with them. Some of you have even found relief in knowing that you have more than enough to hit that number. But without a good deal of analysis, The Number is not very reliable. There are simply too many moving parts. Online tools that ask three or four questions and spit out the number are not worth the effort. Even if The Number were completely reliable, most people have not even considered subjecting it to a variety of stress tests once they have it. If there ever was a time to do that, it is now.

We believe strongly that saving to achieve The Number is really the wrong target. So is developing a smooth withdrawal rate. A better target is a smooth living standard determined by the amount of money one can safely spend each year, adjusted for inflation until age x. An achievable steady pace is preferred over one that gets disrupted during retirement when the earning years are over. In the course of performing financial planning for our clients, our firm calculates the client’s maximum sustainable living standard. We use age 100 of the youngest spouse as the final year of the plan, but a good stress test would be to test to age 110 or even 120. Each time the relevant answer is the amount of money available to spend. Living longer means that your maximum sustainable living standard goes down. Of course, we don’t think that intentionally living shorter lives is the answer.

Another valid stress test to apply to your best laid plan is for the return home of an adult child or the care of an ageing parent. Naturally it takes more to fund a certain living standard when there are more people in the house—thus the maximum sustainable number goes down with the new addition. However, the analysis must recognize the economies of scale that result from cohabiting with other adults. Two cannot live as cheaply as one, but perhaps as cheaply as 1.6. The beauty of looking at financial planning in this way is to model alternative scenarios. It’s a perfect way to stress test a long range plan.

One of the chief risks facing all investors today is the risk of sudden loss of assets, remember 2008. Some analysts have suggested that we are reaching the same valuation levels that existed in 2000 and 2007 at those market peaks. Nobody knows for sure, but everybody seems to agree that there is significant risk of loss to investing in financial assets today. In a worst-case scenario our stress tests reveal the real-world impact on lifetime living standard if you lost 10%, 20%, or 30% of your portfolio value. Sort of like increasing the elevation on the treadmill, don’t you think? Better to do it now in a test environment than out on the street.

Other retirement plan stress tests that should be performed include: future inflation increasing at an increasing rate, deflation, returns staying low for a much longer period than anticipated, or interest rates remaining negligible for an extended period. All of these represent significant loads on living standard.

The final question remains: what do you do with the information once you have it? We always look for ways to adjust the controllable inputs in order to improve living standard. Those include: the standards of increasing income, reducing taxes, saving more, spending less, achieving better returns, or lowing volatility just to name a few. We also look at some rather unconventional ways, like moving to a state that has no income taxes or selling a house and renting in later years. It’s important to think about alternatives and to avoid rationalizations. “Oh, I won’t live that long,” is a common rationalization that we hear often. We are constantly looking for ways to help people to improve their living standard, now and in the future. Stress testing the best laid plan is just common practice for us.

One mistake that I see a lot of people make in casting a plan is to build in multiple doses of conservatism with the thought of being 100% certain of reaching their goal. Their thinking is that local optima add up to the global optimum. Rarely is that the case. Layer upon layer of conservatism usually results in over-saving and failing to enjoy life. Isn’t a full life what living standard is all about?

You know the number I am talking about, those seven or eight digits that traditional financial planning has said you need to have invested as you retire in order to have a withdrawal rate that replaces your current income. Actually, it’s more likely the number that the firm who advertises it wants you to have invested with them.

Comments and questions are welcome. Scott Neal is the President of D. Scott Neal, Inc., a fee-only advisory firm. Reach him at 1-800-344-9098 or scott@dsneal.com. The firm’s website is www.dsneal.com.