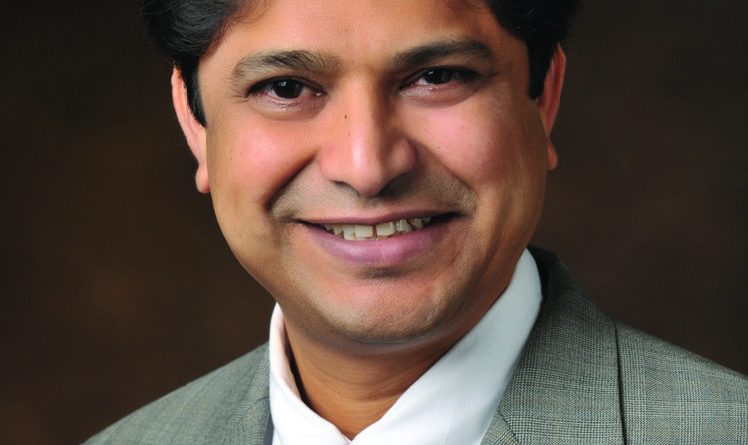 NEW ALBANY, IN. The history of medicine is an interesting field. When you look at some of the milestones in cardiology, you can go as far back as 1628 when William Harvey described blood circulation or l860 when Rene Laennec invented the stethoscope or l903 where the electrocardiograph was developed by Willem Einthoven. The first successful open heart surgery was done in l952 by John Lewis, an American surgeon, but it is invasive cardiology that has made some rapid strides in the recent past.

If you look at the birth of invasive cardiology, it started in l711 when Stephan Hales placed catheters in the right and left ventricle of a living horse and was furthered when Claude Bernard described cardiac physiology in l840. But it was not until Werner Forssman, in l929, created an incision in his own left antecubital vein, inserted a Foley catheter-like device into his venous system and under fluoroscopy into his right atrium, and walked up to the radiology department and documented the procedure by having a chest x-ray, that invasive cardiology materialized. Werner Forssmann did share the Nobel Prize in medicine in l956 with Andre Cournard, who did most of his work on hemodynamic measurements. Before Forssman placed a catheter in his own body, there was a fear that intrusion into the heart could be fatal, so he experimented on himself to prove that it could be done. He was consequently fired from his position and went on to become an urologist.

Fast forward from l927 to l958 when Charles Dotter began doing coronary anatomy visualization with sequential radiographs. It was Dr. Mason Sones, a pediatric cardiologist at Cleveland Clinic, who was doing an aortic root arteriography and accidentally entered the right coronary artery of a child and did a right coronary arteriogram with 30 cc’s of contrast injected, causing the patient to go into ventricular fibrillation. Luckily, sinus rhythm was successfully restored by precordial thump. Therefore, the first selective coronary arteriogram was done accidentally. Until that time, it was believed that even a small amount of contrast injected into the coronaries could be fatal. Then in the 50s, they started doing cut-down procedures with soft tissue dissection until arteries and veins could be visualized and punctured, which was known as the Sones technique. The percutaneous approach was developed by Sven-Ivar Seldinger in 1953. The Seldinger technique was initially used mostly to do peripheral arteriograms and venograms until it was used to do coronaries in the early 60s by Ricketts and Abrams and by Judkins in l967.

Melvin Judkins in the late 60s was instrumental in developing the pre-shaped or specialized shaped catheters to reach the coronary arteries better and perform selective coronary arteriograms. His initial work involved shaping stiff wires and comparing these shapes to radiographs of the ascending aorta to determine if the shape appeared promising. Then these stiff wires were placed inside flexible catheters with the use of a heat fixation method to permanently shape the catheter. At that time, these catheters were made to order and specifically shaped to match the size and shape of the subject. So, initial Judkins catheters in l967 and l968 were manufactured in a limited number of fixed tips and shapes. These are still used currently.

The Era of Interventional Cardiology

It was not until l964 that Charles Dotter and Melvin Judkins used a balloon-tipped catheter to treat atherosclerotic vascular disease of the left superficial femoral artery of a patient. This use of balloon-tipped catheters started the era of interventional cardiology. Andreas Gruentzig performed the first successful percutaneous transluminal coronary angioplasty known as PTCA or PCI (which is percutaneous intervention) on a human being on September 16, 1977 at the University Hospital of Zurich. The results of the procedure were presented at an American Heart Association meeting two months later to a stunned audience of cardiologists. Subsequently, in the next three years, Gruentzig performed coronary angioplasties in 169 patients in Zurich while teaching the practice of coronary angioplasty to the field of budding interventional cardiologists. So, the PTCA procedures were initially performed on patients with stable coronary artery disease. Then afterwards, it was used in people who failed streptokinase for acute myocardial infarction.

In the early years of coronary angioplasty, there were a number of serious complications, like abrupt vessel closure after balloon angioplasty, which occurred in approximately one percent of the cases, often necessitating emergency bypass surgery. Vessel dissection was a frequent issue as a result of improper sizing of the balloon relative to the arterial diameter or the natural course of balloon angioplasty. Later, restenosis occurred in up to 50 percent of individuals who underwent PTCA, often causing a recurrence of symptoms and necessitating a repeat procedure.

It was not until l986 that the first successful intra-coronary stents were deployed. The first stents were self-expanding Wallstents. Therefore, it quickly became a method to treat some of the complications due to PTCA, which decreased the incidence of emergency bypass from acute complications post-balloon angioplasty.

It was quickly realized that restenosis was significantly lower in individuals who received an intra-coronary stent when compared to those with just balloon angioplasty. Some of the problems faced with initial stents were sub-acute thrombosis, which was as high as 3.7 percent at that time, and post-procedure bleeding, due to anticoagulation and anti-platelet agents used to prevent stent thrombosis.

The Achilles heel for intracoronary stenting was in-stent restenosis due to neointimal hyperplasia from scar tissue. Even though there was a very high peri-procedural success rate with stenting, in-stent restenosis was between l5 and 30 percent and possibly higher in some sub-groups of individuals. Initially, they tried heparin-coated Palmaz-Schatz stents, but it was not until the Cordis division of J&J developed the Cypher stent, a stent that would release the chemotherapeutic agent Sirolimus over time, that restenosis was overcome. Initial studies showed zero restenosis at six months, which led to the approval of the Cypher stent in 2002 in Europe and in 2003 in the United States. There have been refinements on the stent platform as well as the drug agent used.

So, in essence, there has been a significant improvement in invasive therapies in cardiology that have taken giant steps from selective coronary arteriography, to the initial development of open heart surgery and bypass, and subsequently to non-surgical ways of treating atherosclerotic coronary artery disease with PTCA – initially in l977, then with stents beginning in the mid-80s, blossoming in the 90s, and now with drug-eluting stents in 2000. I personally feel like it is an exciting time to be in the field of cardiology because there have been significant improvements in the care of cardiac patients right in front of my eyes, whether it is in invasive therapies or non-invasive therapy with medical management.

Invasive cardiology was born in l711 when Stephan Hales placed catheters in the right and left ventricle of a living horse. It would be another 275 years before the first successful intra-coronary stents were deployed.