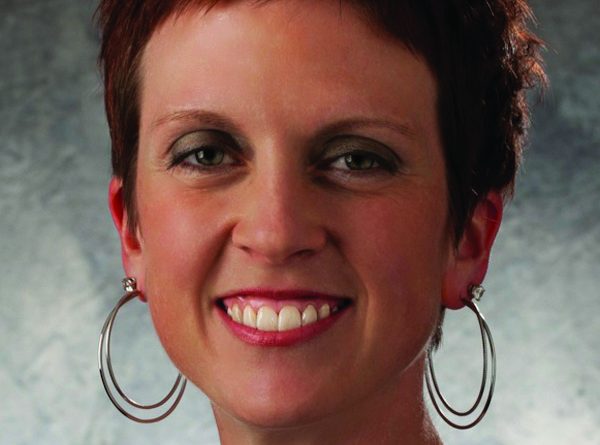 Dillon and two of his Louisville Cardiology Group partners, Thomas Tu, MD, and Rebecca McFarland, MD, are offering a further evolution of the procedure – radial artery catheterizations – which emerged from an effort to try and reduce bleeding and complications from transfemoral procedures. “If you look at the most common problem after a heart cath, just a diagnostic cath, it’s usually a vascular problem or a bleeding problem,” says Dillon. “For angioplasty, by far, the biggest risk is bleeding afterwards.”

After a transfemoral coronary procedure, a nurse must hold pressure on the leg to stem the bleeding, and the patient must lie flat for a couple of hours. With percutaneous coronary interventions, the patient must lie flat for up to six hours. Angioplasty patients are typically on anticoagulants, which intensify bleeding problems. Additionally, the increasing age of patients and obesity are contributing factors to the use of blood thinners and more complications. “What’s become obvious is that bleeding is a surrogate for bad things to happen to that patient, including dying, being in the hospital longer, and much more increased morbidity,” says Dillon. Blood transfusions are also an indicator of a poor prognosis.

The anatomical advantages of the transradial technique are simple. The radial artery is extremely superficial and easy to compress due to its position in front of the radius bone, such that compression can be accomplished with one finger. One of the biggest patient satisfaction benefits is that patients are able to get up almost immediately. From a medical perspective, bleeding complications or the need for blood vessel repair are decreased by 70 percent on average.

According to Beth Mylor, manager of Louisville Cardiology Group’s outpatient cath lab, they began the process of incorporating transradial procedures about two years ago and have done approximately 400 in total. “We carefully selected patients at first to make sure arteries were brisk enough and could handle catheters and that the patient was onboard with us doing something new,” says Mylor. Dillon says he and Tu made the decision to “go all in” and do every patient possible utilizing the radial approach. “We’ve had a dramatic reduction in access site problems where we go in … and a dramatic reduction in bleeding problems,” he says. “Patients unanimously would prefer to have it in the arm as opposed to the leg, the ones who’ve had catheterization through both access routes, because it’s not very painful at all,” says Dillon.

Utilizing the radial artery is a little more difficult for the operator. Smaller vessels and more time spent getting into the vessel are some of the challenges. The only definitive contraindication for the procedure is a lack of good blood flow in both arteries that feed the hand. The procedure carries a three to eight percent risk of the radial artery blocking off after a catheterization through the wrist, but as long as there is double perfusion from the wrist to the hand to begin with, it is not a major problem. There are also cases where they try the radial artery but are unable to do it and have to switch over to the femoral.

Dillon and Tu have extended the procedure to heart attack patients who present in the Baptist East emergency room as part of the hospital’s streamlined process to evaluate chest pain patients and treat in the cath lab. Dillon describes the process as stressful because there is a rush to treat these patients, and this approach takes a little more time. However, he feels that for an operator experienced in the technique, it is worth the time and effort for patients that make sense. If, however, a patient needs a pacemaker or balloon pump or has other mitigating factors, they revert to the femoral artery.

Dillon credits his partner Tu, who was trained to do the procedure as a fellow, with mentoring him in the transradial technique. McFarland also learned the technique in fellowship and recently joined them in utilizing the procedure. “It really is a technique you need to be in and doing lots of them because it is harder to do, and there is a learning curve,” says Dillon. The technique is slightly different and utilizes a micropuncture needle. There are some catheters specially designed for the radial artery, but generally they are able to use standard catheters: a 6 French in men and a 5 French in women.

Staff support is an equally critical factor in making the procedure possible. “I can’t give Beth Mylor enough credit. She’s been pushing us forward and was very enthusiastic and learned how to do it, and with that we took it over to Baptist East to the inpatient side and brought them up,” says Dillon. Mylor credits a little education and a lot of positive attitude from their staff for making this successful. “I think that our staff has phenomenal support from our physicians because they are very skilled and very good. We don’t follow them blindly, but we follow them. If they say they want to try something, then that’s what they do,” says Mylor.

Concludes Dillon, “Once people see the advantages, they really embrace it.”