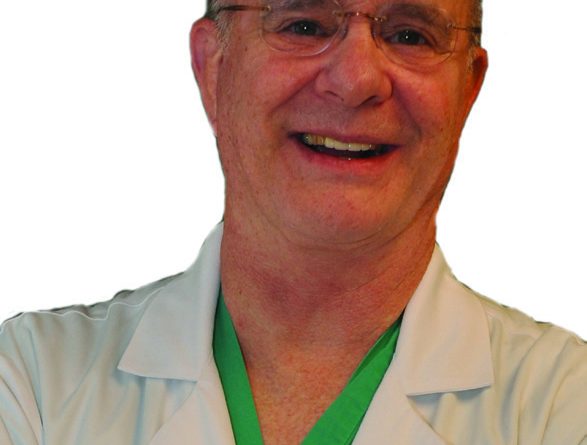 PIKEVILLE It was just one year ago when Pikeville Medical Center president and CEO Walter E. May announced the hospital’s affiliation with Cleveland Clinic’s Heart Surgery Program. Heralded as an opportunity to bring groundbreaking advancements in cardiac care to the region, the affiliation promised an exchange of best practices among the centers’ physicians and staff, as well as greater access to high quality care models developed by the Cleveland Clinic.

PMC cardiothoracic and vascular surgeon Dennis Havens, MD, says the affiliation has delivered on all of its promises.

“Our affiliation with the Cleveland Clinic has brought some exciting new dimensions to our service line,” he says.

The affiliation has sent more than 25 PMC nursing staff to Cleveland for training, where nurses from OR, ICU, and cardio thoracic vascular unit (CTVU) experienced the way Cleveland Clinic nurses manage large volumes of complex cases. Then, they brought that same level of care back to Pikeville.

The affiliation means that PMC now has access to Cleveland’s protocols, which Havens says better standardizes the patient care.

Since the affiliation began, PMC has adopted an enhanced time-out process called the Pre-Closing Checklist. “It has been found to be very concise and exceedingly thorough in ensuring patient safety,” says Havens.

Currently, PMC’s Heart Institute is growing about 20% annually, and Havens believes the growth will continue over the next several years. “Through our affiliation with Cleveland Clinic, and the addition of new service lines and staff, PMC has strengthened our ability to care for complex cardiac patients, eliminating the need for travel to surrounding referral areas,” he says. “The extremely complex cases can be sent to Cleveland in a short period of time, when necessary, a move that is literally a phone call away.”

On the Cutting Edge of Technology

According to PMC administrators, the hospital will soon be the only one in the world with two 320 slice CT scanners on the same campus. These scanners are the fastest and most accurate available. Currently, PMC has installed one Toshiba Aquilion One 320 slice CT scanner inside the Emergency Department. The second scanner is being installed in the hospital’s Radiology Department.

The new scanner puts critical information in the hands of physicians faster than ever before. Imaging an entire organ in a single rotation – that’s less than one second – means a great scan can be achieved in less time than one heartbeat. It can perform full body scans in just 10 seconds.

PMC interventional cardiologist Bill Harris points out that “the 320 slice CT scanner allows Pikeville to conduct many more cardiac CT studies than before, since the imaging and 3D reconstruction is light-years better than the 64 slice CT scanner.”

Continuing its commitment to employ technology for the improvement of patient care in an environment of increasing volumes, PMC has opened a new convertible electrophysiology (EP) lab using Toshiba EP mapping systems. The new EP lab will be led by Michael Antimisiaris, MD, cardiologist and electrophysiologist, and will help reduce the incidence of stroke and heart failure among patients with atrial fibrillation, or Afib.

The affiliation means that PMC has access to Cleveland’s protocols, such as an enhanced time-out process called a Pre-Closing Checklist, that better standardizes patient care.