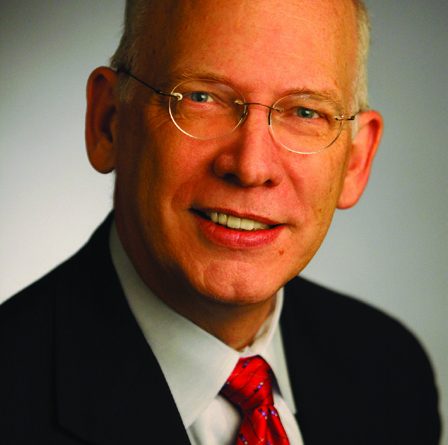 Last year was one of the most challenging ever for investors and advisors alike. In fact, a member of my peer council titled his year end letter a “Wild Ride to Nowhere” describing the near-breakeven performance of the S&P 500 index. The index started and ended the year at 1257, but took a roller coaster ride to get there. Dividends added only 2.2%. Stocks peaked at the end of April 2011 and then we saw a drop in early August of about 18% within a week. The market see-sawed inside a trading range hitting its low point at the beginning of October. Astonishingly, the volatility for the S&P 500 was 1% or more up OR down per day for 81 trading days after the April high. On 35 days, the S&P 500 closed with a daily gain or loss of 2% or more most of that coming between August and November.

Perhaps we have seen a breakout since the index has moved back up to about where it was in July of last year. However, it is still about 2% below the peak. The rapid run up in stocks appears to be simply resulting from pent up demand for risk. It’s Risk On! in industry jargon, although you would not know it from the anemic daily volume which was about half that of the previous year. We need buying volume if this rally is to be sustained. January also ushered in Q4 earnings season, but they were hard to come by. Only 59% of companies in the S&P 500 met their estimates and profit margins fell to 8.23% in the fourth quarter compared to 8.95% for the second.

2011 was a better year for bonds than it was for stocks. The Risk Off! crowd took charge. Actually, it was the European and Japanese debt issues that took center stage. More on Europe in a minute. The 10 year yield on U.S. Treasuries fell from 3.7% in February to a low of 1.7% before closing the year at 1.9%. Reminder: when yields fall, bond prices go up. The broad bond market, as measured by the Barclays Aggregate Bond Index, gained 7.8% for the year.

The big story throughout the year was Europe and its affect on the world’s economies and markets. It is still the big story and headlines what could go wrong in an otherwise recovering year.

The news from Europe appears to have shifted from Greece to Italy and on to Portugal. The question about Greece is how it and its neighbors will deal with a default. There is much for all the rest of the world to learn from the handling of this situation. Can the remaining powers pick up the pieces? Will an implosion of Greek debt be contagious and spread to its neighbors, especially these two just mentioned? Portugal sovereign bonds are paying above 14% at this writing and its leaders are denying that they are considering options for restructuring their debt. That is code for planning for default (otherwise known as bankruptcy).

Back to Greece. Some ask how the problem is contagious. If the first country to default issues new currency at what would amount to a 50% devaluation against the Euro, it will likely be given both debt forgiveness and a credit lifeline in order to avert civil strife. Other nations will likely follow suit resulting in serious economic disruption. This would be great a relief to a country dealing with the kind of austerity that they are facing. They are trying to slash government spending by 1.5% of their GDP. Sound familiar? It should.

The Euro could present other problems. There is legitimate concern about the adequacy of the European Stability Facility, its bailout fund. Credit downgrades are always a threat to sovereign governments. Italy’s refinancing of such a large amount of debt could be met with resistance.

Our greatest concern for the foreseeable future is that a default, probably Greek, will occur at about the same time as those Italian bonds come due. The result could be a run on banks throughout Europe. The bond market will not like that and interest rates will be bid up with devastating implications for growth and economic stability throughout the world. A small crisis suddenly morphs into a catastrophe reminiscent of our own housing market / mortgage crisis that turned 2008 into a global recession.

The key is to remain nimble. We have said this before. Do not get sucked into rallies that could fall apart. But don’t be scared of the markets either. There is money to be made, but risk control is key.

On an optimistic note, our economist, Dr. Woody Brock just published a book American Gridlock, Commonsense Solutions to the Economic Crises. In it, he paints solutions to America’s most perplexing problems. He tackles health care in a way that nobody else has touched. Read it and let’s have a discussion.

Scott Neal is President of D. Scott Neal, Inc. a fee-only financial planning and investment advisory firm. Reach him at 800-344-9098 or via email at scott@dsneal.com